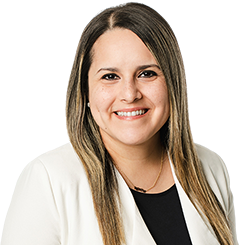 As an undergraduate student, she studied the effect of alcohol in alpha 249 transgenic mice with slow channel congenital myasthenic syndrome under the mentorship of Dr. Jose Lasalde at the University of Puerto Rico Rio Piedras Campus.

She was also a research assistant during the construction and characterization of a reporter-tagged poliovirus for in vitro and in vivo imaging at The Pennsylvania State University Summer Research Opportunity Program. During her years as an undergrad, she became a member of the Alpha Phi Omega community service fraternity.

Dr. Carrasquillo graduated from medical school at the University of Puerto Rico School of Medicine in San Juan, Puerto Rico. During her years as a medical student she helped the Ronald McDonald Foundation establish vision and audiology clinics which provided medical services to the underserved communities of Puerto Rico.

Dr. Carrasquillo then completed residency training in Internal Medicine at the University of Puerto Rico Medical Sciences Campus. By combining the two specialties, she aspires to integrate the fundamentals of systemic disease into the prompt diagnosis and management of ophthalmologic diseases.

During her free time, Dr. Carrasquillo likes to do yoga, go to the beach, and spend time with her family.

Schedule Your Retina or Vitreoretinal Consultation

To meet with an Oregon Retina physician for a comprehensive
review of your vision and treatment options, please call